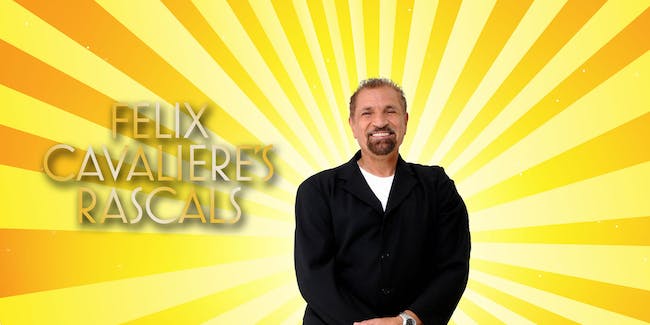 This event will be rescheduled and a new date will be announced soon.

This event will be rescheduled and a new date will be announced soon.

The message has always been to stand for peace, love, and happiness. For legendary singer songwriter, Felix Cavaliere, making people feel good is primary to his illustrious 50-year career that includes the Rock & Roll Hall of Fame, Songwriter Hall of Fame, Vocal Group Hall of Fame, and Grammy Hall of Fame. Few artists can claim they defined a generation; Cavaliere continues to remind us to keep listening for the world’s beauty.

Early in 1965, Cavaliere formed the ‘Young Rascals’ with Dino Danelli, Eddie Brigati and Gene Cornish. That October, they caught the attention of promoter/manager Sid Bernstein with their high-energy set at Long Island’s elite club, Barge. Signed to Atlantic Records, and now called The Rascals, the mega hit “Good Lovin’” struck No. 1 in February 1966. They followed suit with a string of hits like “I’ve Been Lonely Too Long,” “Groovin’”(No. 1 in 1967), “How Can I Be Sure,” “A Girl Like You,” “A Beautiful Morning,” and “People Got to Be Free” (No. 1 in 1968). The Rascals are considered the best ‘blue-eyed soul’ group to come out of the 1960s, as well as one of the groups with the most record sales.