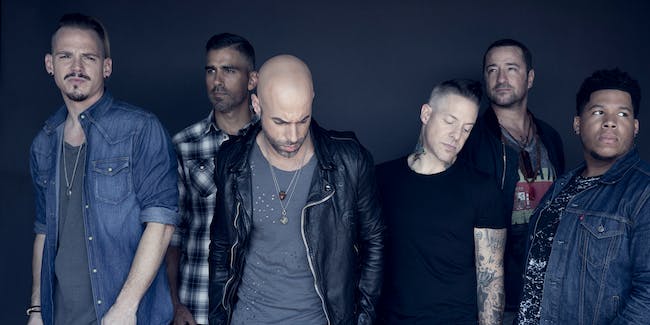 Daughtry, originally scheduled for Tuesday, March 24, 2020 at 8pm at Bergen Performing Arts Center, has been rescheduled to Tuesday, June 23, 2020 at 8pm. Tickets will be honored at the rescheduled date. Please contact the Box Office at 201-227-1030 for more information.

As the frontman for the band bearing his name, Chris Daughtry has become one of the most visible and consistent rock & roll torchbearers of the 21st Century. The band’s self-titled debut was the best-selling album of 2007 and contained four Top 20 hit singles including the Grammy-nominated smash “It’s Not Over.” More hits followed, including the platinum-selling “Waiting for Superman,” which appeared on 2013’s Baptized. The band continues work on its fifth album (which Daughtry describes in its early stages as having a “bluesy, almost rootsy undertone to it”) and continues delivering electrifying live performances to fans in all corners of the world.

Ten years after launching with a massive splash, Daughtry claims that he and the band have grown the most on stage, and that it’s altered his whole sense of his work. “When we first came out, I’d only known what I’d seen,” he says. “I didn't know how to be vulnerable, with no pretense. Now it’s walk onstage and, especially in our acoustic shows, just be flat-out honest and open. It’s really helped me realize that's actually what fans want – they want 100 percent honesty and feeling like they got to know you better.”