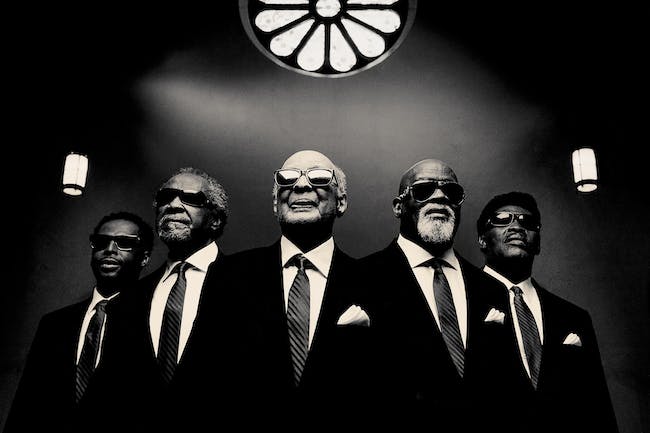 The Blind Boys Of Alabama

This holiday season, the Blind Boys of Alabama are touring in support of their latest Christmas album, "Talkin' Christmas!" The album features blues legend Taj Mahal and includes several original holiday songs. This special concert will include songs from the "Talkin’ Christmas!" album, as well as the band's previous Grammy-winning Christmas recording, "Go Tell It on the Mountain," along with Blind Boys' Gospel classics and other gems from a 70-plus-year career.

Hailed as "gospel titans" by Rolling Stone, the Blind Boys first rose to fame in the segregated south with their thrilling vocal harmonies and roof-raising live show. They released their debut single on the iconic Veejay label in 1948, launching a 70-year recording career that would see them celebrated by the National Endowment for the Arts (NEA) and the National Academy of Recording Arts and Sciences (NARAS) with Lifetime Achievement Awards, inducted into the Gospel Music Hall of Fame, and winners of five Grammy® Awards.

The Blind Boys are known for crossing multiple musical boundaries with their remarkable interpretations of everything from traditional gospel favorites to contemporary spiritual material by songwriters such as Eric Clapton, Prince and Tom Waits. They have appeared on recordings with many artists, including Lou Reed, Peter Gabriel, Bonnie Raitt, Willie Nelson, Aaron Neville, Susan Tedeschi, Ben Harper, Patty Griffin and Taj Mahal.

The group recently announced a new collection, Work to Do, a collaboration with acclaimed singer-songwriter Marc Cohn which is set for release on BMG August 9, 2019.